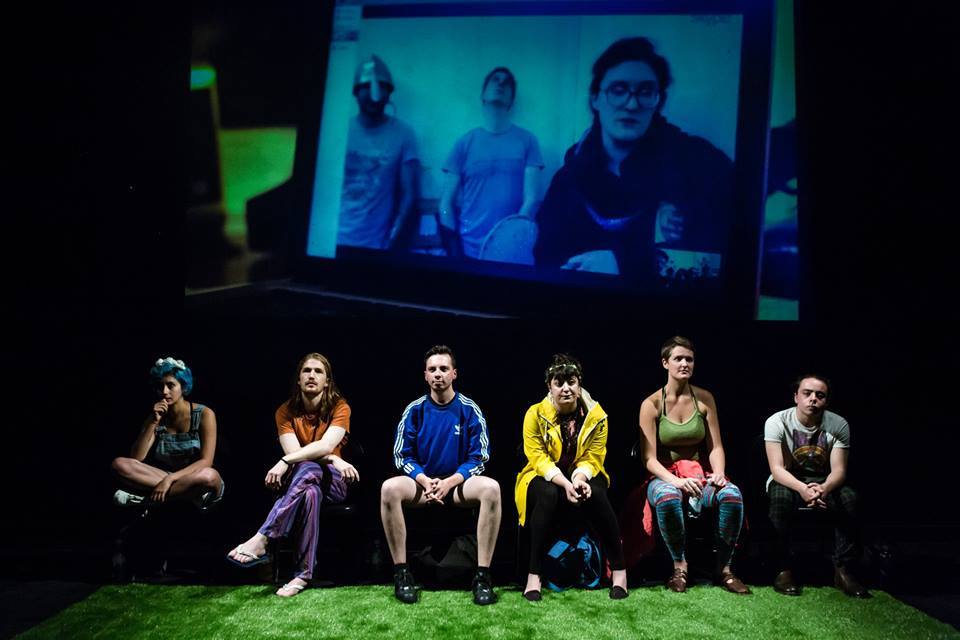 2015 was 30 years since the “Battle of the Beanfield” – a brutal crackdown on the Stonehenge Free Festival and the “New Age” traveller community. On the 1st June 1985, the police – many of whom had come straight from the miners strikes – enforced an injunction around Stonehenge, which resulted in bloody violence and mass arrests. Although hundreds of people were arrested that day, children were taken into social services and homes were destroyed – no travellers were ever convicted of a single crime. Furthermore, there has never been an inquiry into the actions of the police that day.

In order to mark the anniversary, ‘The Beanfield’ is a piece of multimedia film/theatre which intercuts first-hand research about the “battle” with a live performance account of the summer solstice in 2015. In creating the piece we met and interviewed a traveller, a police officer and a journalist, all of whom were there that day – before heading to the original site itself in order to try to reenact what happened. The result is a performance that draws lines between the past and present – in order to question our relationships to public space, civil liberties and national identity.

Made and performed by

Production design and management by

Winner of the Total Theatre Award for Emerging Companies (2015)

★★★★ “A truncheoning force”
The Sunday Times

The Beanfield was supported by Arts Council England, the Institute of Advanced Teaching and Learning (IATL) and New Diorama Theatre.